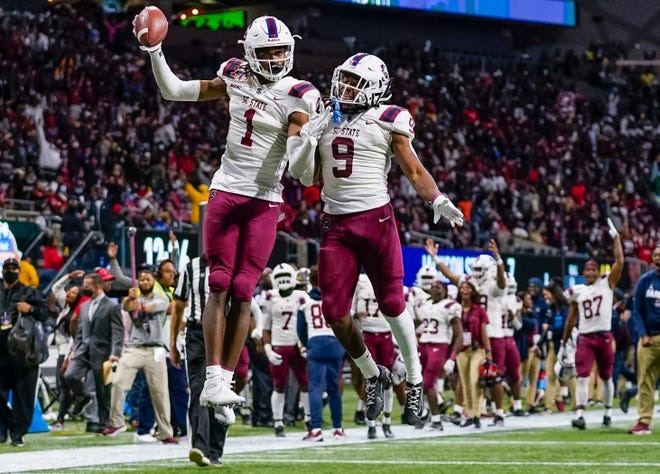 ORANGEBURG, S.C. — On Saturday, cheers from South Carolina State University alumni and fans rang throughout the Mercedes-Benz Stadium in Atlanta, Georgia. Confetti was shot in the air as SC State’s football team was congratulated and awarded with the trophy at the end of the game.

“I feel great because they underestimated the MEAC. They said that SWAC was coming in with ‘Prime Time,’ but guess what, we defeated them! This is great for our university, we needed this,” 2000 alumna Korie Wade said. 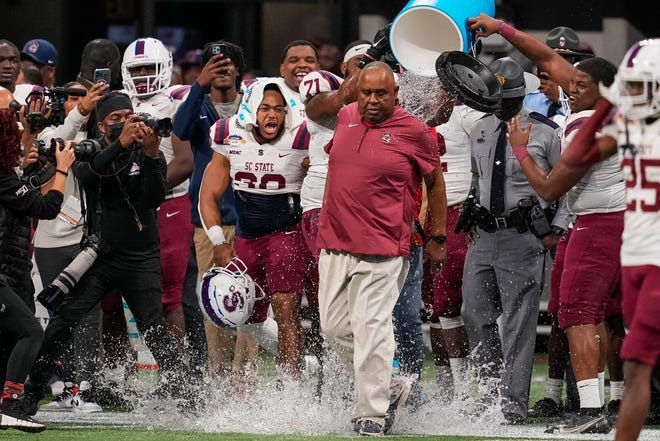 Wade’s Prime Time reference was to Jackson State University Coach Deion “Prime Time” Sanders. SC State scored a 31-10 victory against Sanders’ Tigers at the 2021 Cricket Celebration Bowl. Jackson State started with a 7-0 lead, but toward the end of the second quarter, the Bulldogs forced an interception that changed the atmosphere of the whole game.

Even though the Bulldogs were considered to be the underdogs at the celebration bowl, the team was unstoppable. SC State receiver Shaquan Davis caught three of the four touchdown passes thrown by SC State Quarterback Corey Fields, leading the Bulldogs to the win.

Not only was this a victorious moment, but it was a historical moment for the university being that this was SC State’s first time playing at a Celebration Bowl. SC State also was presented a $25,000 check from The Walt Disney Company for student scholarships.

“It was a wonderful win for us, but I still have to give some credit to the entire Celebration Bowl staff,” SC State’s head football coach, Oliver “Buddy” Pough said at the postgame press conference. “It’s been a good week for us, and we’ve had a wonderful time here, and to cap it off with this win today was the cherry on top of the sundae. All our games have been close games in our league so for us to win this was awfully special.”

Fields also gave remarks during the press conference. He highlighted the fact that through difficult times, the football team was still dedicated and able to pull through.

“We dealt with adversity all year. We had some injuries that set us back as a team, we had some missed days due to situations, but just being able to deal with adversity was the reason we were able to be here today,” Fields said.

“At first, they said we weren’t going to score 21 points on them offensively, so we had to come out and prove them wrong,” SC State defensive back and MEAC defensive Player of the Year Decobie Durant said.

Durant talked about how being an underdog in the game motivated him to prove the other team wrong. For someone who had never been to the Celebration Bowl, it was an honor for him to play and represent his university.

After the game, alumni and fans also gave their reactions as the celebrated the win.

“Our team just did something remarkable today. They beat a team that was 11-2 and made history,” 1997 alumnus Kenneth Bynum said. “Even though Jackson State is favored, I knew we still had a chance to win. To be here with the guys I used to go to school with really brought back some memories. I feel really good.”